Why Abraham Is An Excellent Example For All Abrahamic Faiths 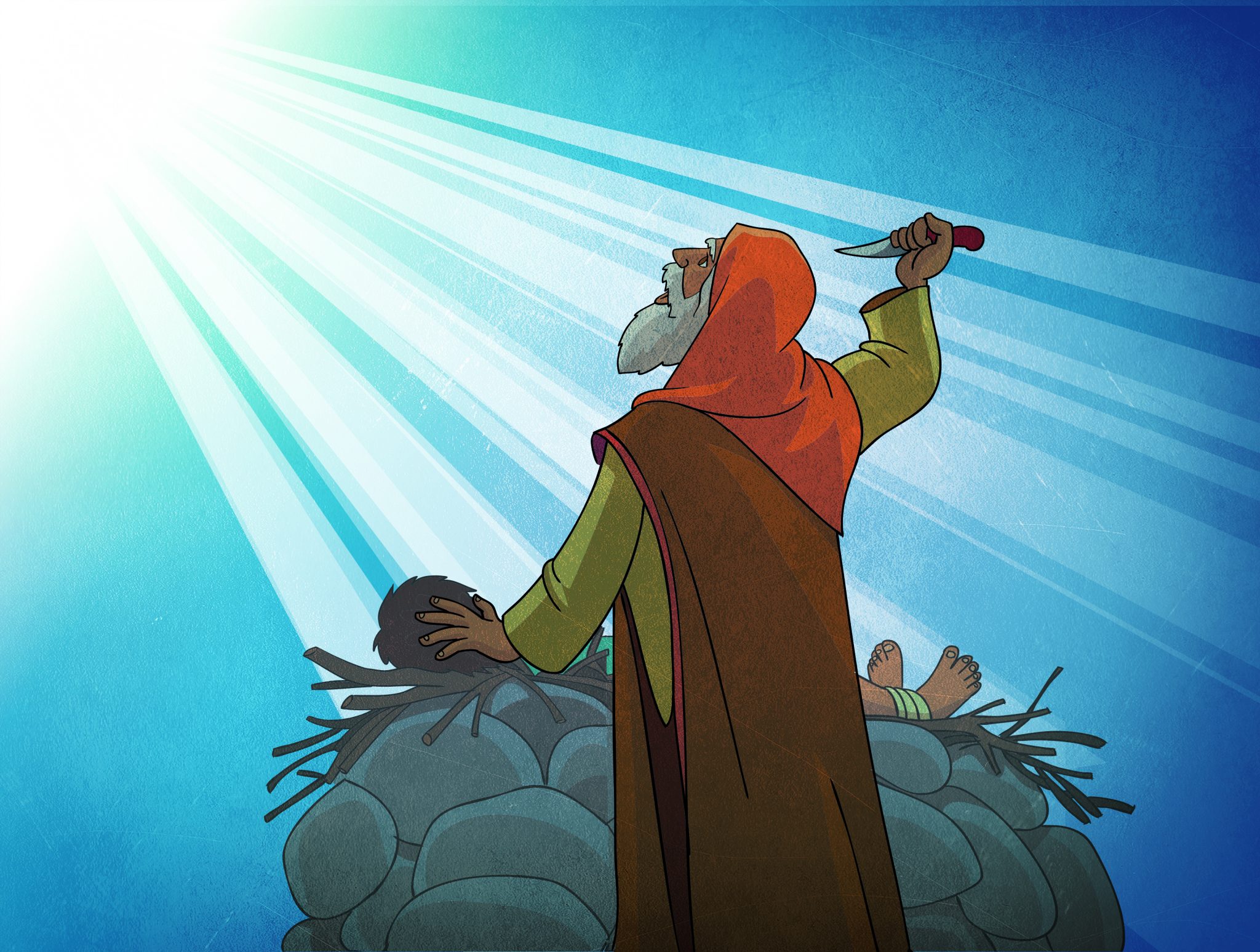 What makes Prophet Abraham according to three different religions’ Sacred Scriptures; the one “whom God chose to be His friend” (the Arabic Qur’an 4:125, the Hebrew Bible Isaiah 41:8, and the Greek New Testament James [the brother of Jesus] 2:23) so special?

For Jews and Christians, Abraham is the first monotheist. For Muslims, Adam was the first of many thousands of prophets of God (one Hadith says 124,000, another mentions 224,000) who called upon the people of their own tribe or nation to turn to the One God. There have also been about 315 messengers, who brought a unique set of laws to their own tribe or nation. Thus, according to Islam, God provided humans with Divine guidance and knowledge long before the birth of Abraham. So what makes Abraham such an excellent example?

All prophets divinely inspired by the one and only God are, of course, monotheists. Pious believers of any individual prophet “should not discriminate between any one of His prophets” (Qur’an 2:285 & 4:152).

This is why prophet Muhammad is quoted to have said, “Prophets are brothers in faith, having different mothers. Their religion is, however, one.”

All prophets have the same father, who is the One God whose inspiration gives birth to their prophethood. However, each prophet has a different mother i.e. a mother tongue, a motherland, and a target audience that he speaks to at a specific time in history. Thus, prophets are brothers in faithfulness to the One God but their Divinely inspired message differs because it must be appropriate for their motherland, their mother tongue, their own people, and the historical circumstances of their prophet’s lifetime.

Abraham (Qur’an 57:26), Moses, David, Jesus, and Muhammad all received a holy book. Abraham was the first of these five to receive a Sacred Scripture. All of the four others were among his descendants. Is this what makes Abraham so special that his name appears 69 times in the Qur’an, second only to Moses (136 times)? I do not think that being mentioned frequently is by itself why Abraham plays such an important part in all three Abrahamic religions.

Abraham is especially famous for the numerous ways God tested him; especially the terrible tests of banishing his wife Hagar and his firstborn son Ishmael (Qur’an 2:124 & Genesis 9:9-21) and bringing his son to a special place as an offering to God (Qur’an 37:100-113 & Genesis 22:1-24).

Most Muslim commentators say the son, unnamed in the Qur’an, was Ishmael. Some Muslim commentators assert it was Isaac. Perhaps both participated in this test at different times, so that each son could produce descendants who, in time, would become a blessing for many other nations of the earth (Genesis 22:16-18 & Qur’an 4:163). In any case, Abraham’s test with his son became an iconic sign of faith and trust in God’s will for Jews, Christians, and Muslims.

In addition to his two sons, Abraham is unique in the numerous prophets God chose from among his descendants, whose names are recorded in the Bible and the Qur’an. With the exception of Noah, Balaam (and perhaps Melchizedek in Genesis 14:18), all Biblical prophets and most of the 25 prophets named in the Qur’an, are descendants of Abraham.

“We did grant the Family of Abraham the Book, the Wisdom, and a mighty (spiritual) kingdom.”

One of the most insightful verses relating the special virtue of Abraham states, “Abraham was a community” (Qur’an 16:120). How can one person be an umma, an ongoing people/community? Muslim commentators offer many different glosses on this verse. One medieval commentator, Fakhr al-Din Razi (1149-1209) offered four different opinions.

His fourth opinion is that Abraham reached a unique level of faith and religion above the many prophets that preceded him. A similar view was also propounded by a Hassidic Rabbi, Levi Yitzkhok of Birditchev (1740-1809). Levi Yitzkhok and Fakhr al-Din Razi lived in totally different worlds in terms of time, space and culture; yet spiritually they seem very connected. Rabbi Levi Yitzkhok of Birditchev, in his Torah commentary Kidushat Levi, glosses Genesis 15:1 as follows:

“There are two kinds of God worshipers: one group worship due to their consciousness that there is a creator of everything (including good and bad), another group worships due to the ‘heavenly help’ they received for doing God’s will.”

Worshippers due to ‘heavenly help’ cannot influence others because when their faith doesn’t ‘pay off’ they despair in God. This is the meaning of the verse (15:1) “After these events the word of the Lord came to Abraham in a vision”. Abraham was now able to envision God in a new way because he himself had come to a new level of self-conscious worship. Thus, in verse 15:4 Abraham is told that (after decades of infertility) he will produce offspring due to his new self-consciousness.

Worshippers who benefit from heavenly help are literalists and pragmatists. Before Abraham, religious groups took their religious mythology literally because their religion was functional. Religious beliefs help reduce anxiety and depression; strengthen the immune system and thus help to heal as well as create cultural motifs that socialize the young by promising divine reward and punishment help enforce moral principles of fairness and reciprocity.

Before Abraham, people simply received these benefits and felt grateful to the Gods who bestowed them. They felt they had real spiritual experiences even though they worshiped multiple Gods and idols. When their Gods failed to deliver what they wanted, they begged, bribed, and propitiated other Gods.

This kind of functional religion is universal and helps account for the failure of 99.9% of the (124,000 or 224,000) prophets sent by God to establish ongoing communities of ethical monotheists. Few people remained loyal to the teachings of their religious leaders when, in later decades or generations, things turned against them. The few individuals who, in their own life, did remain faithful to the teachings of their prophet saw their own children or grandchildren turn away. As literalists, they could not interpret the hidden ways of God’s guidance when they suffered continual defeat or disappointment. This is why even the descendants of prophets like Noah and Ishmael did not remain an ongoing monotheistic community and after several generations reverted to idolatry and polytheism.

Abraham reached a higher level of religious self-conscious. Abraham realized that everything comes from God; both what we think is good and what we think is bad. We should not judge life from our very limited personal perspective. In the words of another Hassidic Rabbi, Moses of Kobryn,

“A suffering person should not say: ‘That’s bad. That’s bad.’ Nothing God imposes on a human is bad. But, it is all right to say: ‘That’s bitter!’ For there are some medicines that are made with bitter herbs.”

As a Rabbi, I am faithful to the covenant that God made with Abraham – the first Muslim Jew, and I submit to the commandments that God made with the people of Israel at Mount Sinai. Abraham was a Muslim (a believer who submitter to the One and Only God); and the grandfather of Prophet Yakub/Jacob and the great-grandfather of the 12 tribes (Banu Israel) from whom all Jews including converts are descendant.

As a Reform Rabbi, I believe we should not make religion difficult for people to practice. This is an important lesson that Prophet Muhammad taught 12 centuries before the rise of Reform Judaism in early 19th century Germany. In many ways, statements in the Qur’an about Orthodox Jewish beliefs and Ahadith relating Muhammad’s comments about Orthodox Judaism, and religion in general, prefigure the thinking of Reform Rabbis some 12-13 centuries later. Had the Jews of Medina been more open to his teachings, Reform Judaism would have started almost 14 centuries ago. Of the 13 million Jews in the world today, the majority, both in Israel and throughout the world, are no longer Orthodox.

The largest denomination of non-Orthodox Jews in the US and Canada, where over 6 million Jews live, is the Reform movement. As a Reform Rabbi, I offer a neo-Hassidic gloss of Razi’s opinion that Abraham was unique and exceptional by becoming himself a model spiritual-religious community. Thus, Abraham was willing to sacrifice his own life in Nimrod’s fire (Qur’an 21:68-71 and oral tradition in both Jewish, Christian, and Muslim sources); and also, after waiting for so many years until he finally had two sons. Abraham risked the terrible loss of a beloved son, not once but twice, because he had full trust in God.

As the Qur’an states: “God said I will surely make you the leader of humanity and Abraham asked ‘What about my offspring?’ God replied, ‘My pledge does not apply to those who do evil” (2:124). This was the legacy that Abraham be-quested to his sons as did Jacob when he said: “My sons, (who will become the Jewish community) God has chosen for you this way of life” (2:132)

All three religions inherit the blessing of Abraham (2:134-137) and for all three religions the blessing applies to their respective believers but does not include those individuals who refuse to submit to the will of God as reflected in the prophet and book they were given (2:124). Thus, in all three communities, there are some who do not attain a level of spiritual consciousness and awareness that transcends the basic ‘heavenly help’ of literal reward and punishment for orthodox dogma and rule keeping. Those who do reach the level of Abraham, the friend of God, need to keep others from leading the community astray.

Christian, Jewish, and Muslim religious leaders should all learn humility from the excellent example of Prophet Abraham and we should all teach this humility to our followers. Then God’s blessing “I will make you (Abraham) an imam for all people.” (Qur’an 2:124 & Genesis 22:17-18) will be fulfilled.