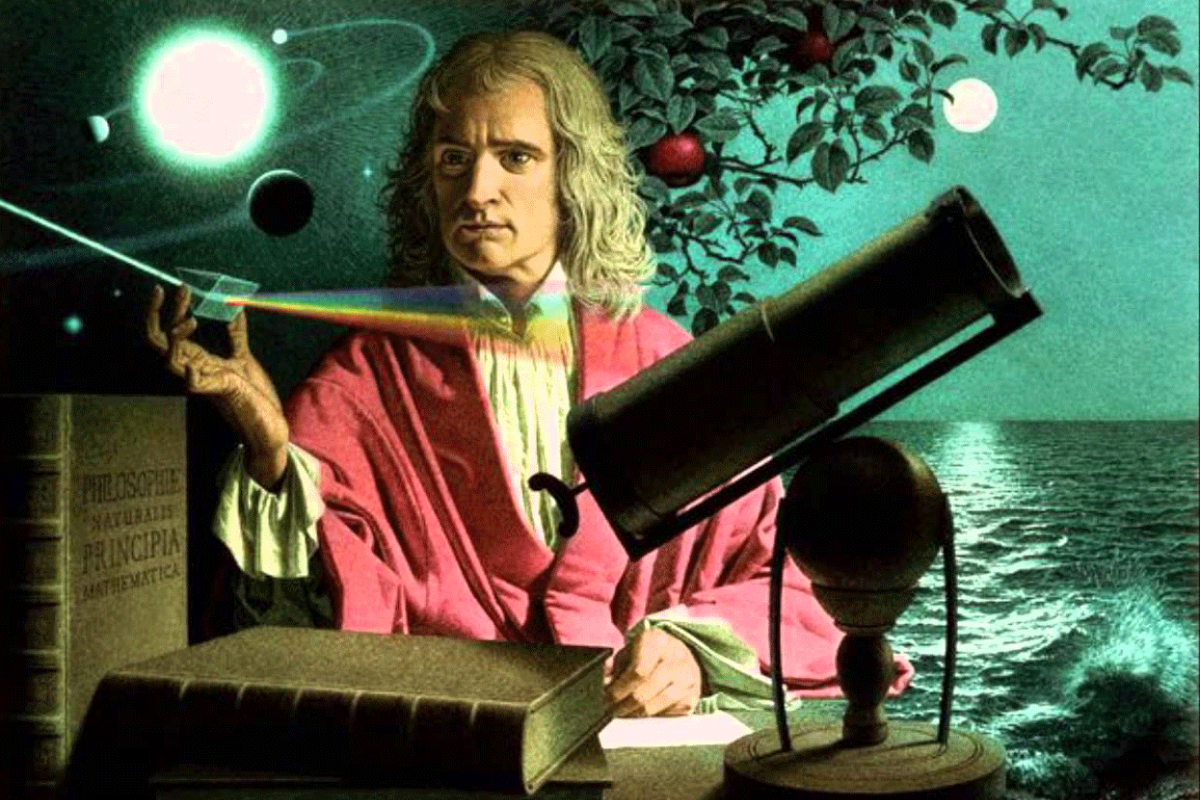 Sir Isaac Newton. One of the greatest physicists ever who said: “If I have seen further, it is because I stand on the shoulders of giants”. We know about Isaac Newton very well, but we do not recognize the ‘Giants’. We are aware of the famous picture of Isaac Newton, where he is seen experimenting with light. But we are not aware that the same experiment was done by Ibn al-Haytham more than seven centuries before him.

Muslim scientists such as Thabit ibn Qurra and Ibn al-Haytham wrote about calculus. We know of Ibn al-Haytham and his writings about gravity. Abu Bakr al-Razi, centuries before Newton, made a strong distinction between absolute and relative space; absolute space, which is three dimensional and infinite, exists quite independently of the bodies contained in it. And Ibn Sina tried to relate velocity with weight, which is a precursor to the concept of momentum. These discoveries are all connected to Newton.

Let’s look at Newton’s laws of motion. Ibn Sina and Ibn al-Haytham, among others, are seen to be writing about Newton’s law of inertia, the first law of motion. Abul Barakat Al-Baghdadi writes that force is proportional to acceleration, which we get to know from the second law. Ibn Bajja wrote that for every force there is a reaction force, which became the forerunner to Newton’s third law of motion.

So how do so many things that Newton worked come to light as being described by Muslim scientists long before his discoveries?

The ‘Giants’ they say, are Copernicus, Kepler, Descartes, Tycho Brahe, and Galileo. But actually, it just might be that Sir Isaac Newton was influenced by Muslim scientists.

In his writings, there are clear marks of influence from Ibn Tufail’s philosophical romance Hayy ibn Yaqzan (Alive Son of Awaken). It is known that both the Latin and English translations of the book by Edward Pococke and Simon Ockley were available at Isaac Newton’s time. Ibn Tufail’s influence is seen in other philosophers, scientists, and fiction authors of the time too.

Many laugh at Jabir ibn Hayyan for his alchemy, considering it irrational. Jabir ibn Hayyan didn’t try to create gold out of silly stuff without a system; rather his process was more scientific and experimental. Many people in fact, get shocked when they find out that Sir Isaac Newton also practiced alchemy. And, he didn’t only practice alchemy, he read Jabir’s book and was influenced by it. A book called Summa Perfectionis was based on the Arabic work Kitab al-Mulk, from the Jabirian Corpus. It was translated into English by Richard Russell, and appeared in three other versions, one of which was Willam Starkey’s Secrets Reveal’d, the one which Newton owned.

So, perhaps, Newton’s ideas didn’t fall from an apple tree after all. Perhaps they fell from the great minds of Muslim scientists before him.